Hong Kong, October 8, 2015 – QIMA, a leading global quality control and compliance service provider that partners with brands, retailers and importers around the world to secure, manage and optimize their supply chain, today announces its 2015 Q4 Barometer, a quarterly synopsis on outsourced manufacturing and the quality control services industry.

The second half of 2015 brings numerous developments for compliance. China's new Food Safety Law introduces harsher standards and punishments, in CSR news, the Bangladeshi prosecutors bring murder charges against the owners of Rana Plaza and the Tazreen factory, while the UK's Modern Slavery Act demands more transparency in global supply chains. A recent QIMA whitepaper analyzes the impact of consumer awareness on modern-day slavery and examines the scale of the problem in more detail. Growth in the Southeast continues, while the yuan depreciation is expected to strongly affect China's major imports, particularly Indian textile and apparel.

Southeast Asia Sees Staggering Growth at the Expense of China

China’s exports declined by 6.1% over the previous year in August according to figures1 from the country’s Customs Administration. Observers say the latest figures are another reminder that China’s economy continues to face challenges in rebalancing to cope with slowing export demand, particularly after the recent yuan devaluation2. This is supported by QIMA's own data which showed a 3.2% Y-O-Y increase of inspections performed in China, the slowest growth in the company’s history, this while Southeast Asia grew 104% Y-O-Y.

Interestingly, China itself has been making strategic investments outside of its own market into other Asian countries which offer more competitive labor costs. Recently, the country invested approximately $4.5 billion into two industrial parks in Bangladesh despite the fact that Bangladesh often lacks the most basic infrastructure and suffers from frequent disruptions to manufacturing3. 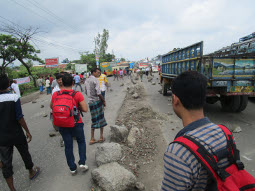 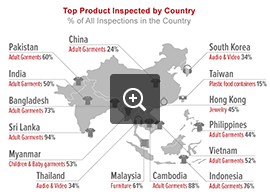 Bangladesh – Compliance Improves, but Remains a Work in Progress

The third quarter marked a number of government and NGO efforts to improve compliance in Bangladesh. The gradual upward trend is supported by QIMA's data, with a modest 2.8% increase in ethical scores (from 6.51 to 6.7 out of 10) over the past 12 months, while inspections grew by 68%. However, QIMA data shows that thus far in 2015, 41.6% of factories audited in Asia showed major non-compliances, and 25.9% were at serious ethical risk.

The Bangladeshi state authorities say that Bangladesh now meets the criteria to be reinstated in the Generalized System of Preferences (GSP) trade program, having lost its membership in 2013. New legislation is in the works: the Textile Industries Establishment Act-2015, if passed, will impose heavy fines and imprisonment for operating textile or garment factories without a license4.

Prosecution of individuals responsible for industrial accidents is also underway. Owners of the Tazreen factory in Dhaka, site of the deadliest industrial fire in Bangladesh, are to stand trial on murder charges5. This indictment and the murder charges presented earlier this year against Sohel Rana, owner of the Rana Plaza complex6 , are among the first times that owners of garment factories are being tried for their role in the deaths of workers at their facilities.

The Alliance for Bangladesh Worker Safety released a report about its second year of work7, revealing issues with remediation efforts and safety follow-up. Less than 10% of the Alliance member factories inspected made the required changes, citing lack of long-term funding as the main reason for their failure8. The US government will be working with two Bangladeshi banks to extend credit to the inspected factories that have a Corrective Action Plan in place9.

While China remains the largest supplier of textile apparel to the U.S., it was Vietnam that registered the largest growth among the top 10 trading partners, with its apparel exports to the U.S. exceeding $1 billion in one month for the first time - a 12.7% Y-O-Y increase10. Cambodia was also among the strong growers, with a 7.2% increase in July 2015 compared to July 201411. This aligns with QIMA data, which shows a continuation of the previous quarter strong growth trend in the Southeast: product inspections grew 168% in Vietnam and 268% in Cambodia.

Vietnam has similarly strong trading ties to Europe, ranked second among the EU's largest trading partners in 2014, exceeded only by China. With the long-awaited free trade agreement finally reached between the EU and Vietnam12, this developing economy is due for further expansion and is rapidly becoming the new dominant force for apparel. 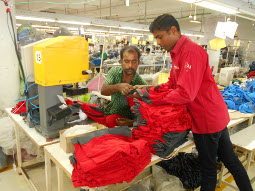 The 2015 depreciation of the Indian rupee to a two-year low is expected to have mixed effects on the country's fiber, yarn and apparel exports. While the rupee's depreciation makes Indian exports more competitive, most of India's cotton (70% of total fiber exports) historically went to China where the buyers, after the yuan was devalued in August, will likely attempt to renegotiate prices. As a result, Indian exporters will see increased pricing competition and will not get the full benefit of the rupee depreciation13.

Despite the persistent problems in the sector and the failure of textile exports to meet the target for the 2015 fiscal year, QIMA recorded a 40% Y-O-Y growth in product inspections in India. Product quality displayed a 5% increase, a possible reflection of the recent efforts by Indian textile companies to innovate in order to boost their competitiveness, especially overseas14.

China's new Food Safety Law came into effect on October 1st15. The new legislation was passed in April 2015 in the wake of several high-profile food safety scandals, and followed up by a number of new regulations and standards introduced by the CFDA (China Food and Drug Administration) and other state authorities. Among the proposed new regulations are additional post-approval measures for food manufacturers and distributors, including mandatory self-inspections and reporting16.

To further boost safety efforts on the international level, the CFDA voiced its support to the agreement signed by Food Industry Asia with the World Bank for the Global Food Safety Partnership. The agreement aims to facilitate public-private partnership in order to develop new capacities and infrastructure for food safety17. China also signed a Memorandum of Understanding on food safety with Ireland, as part of the two countries' expanding bilateral trade18.

AsiaFoodInspection saw a 33% increase in performed services over the past 12 months compared to the 12 months before, showing the continued demand for outsourced food manufacturing. The most recent results of those inspections show a 48% failure rate in Q3 – a decrease on the Q2 figure of 37%. 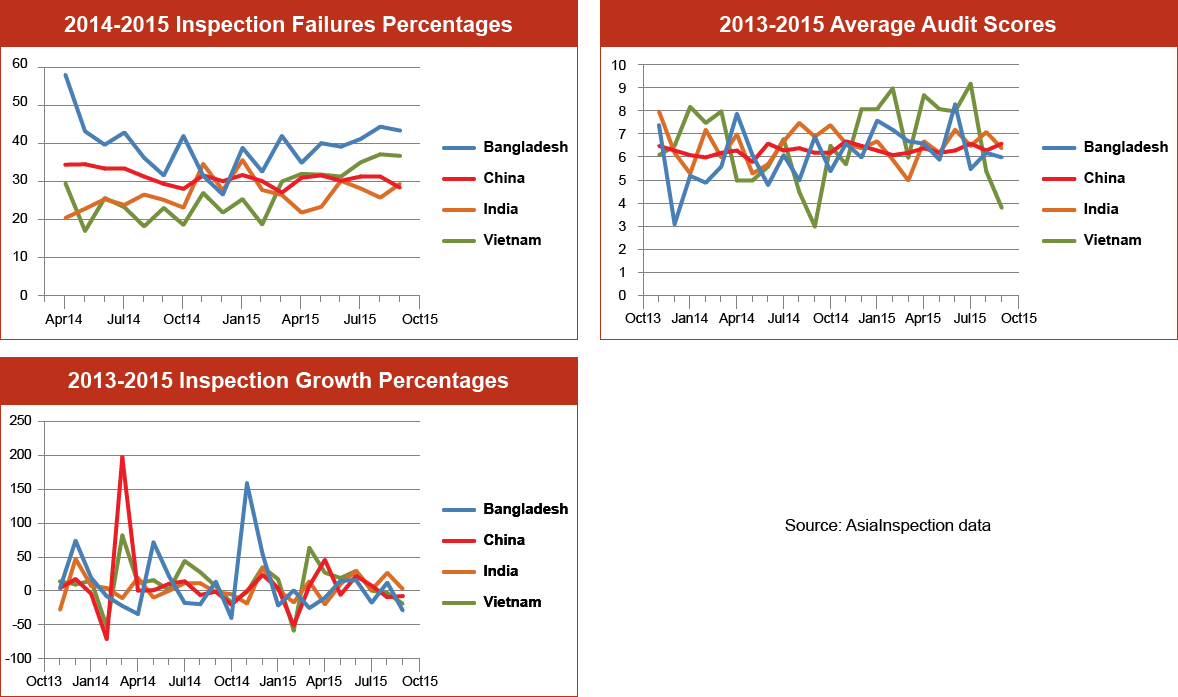